Archive for the tag “Ryan West”

Social justice and the Mission

Ryan West outlines how a church can help its surrounding community, and in turn, share the good news of God’s love.

West is the national coordinator for LoveLoud at the North American Mission Board. LoveLoud is a movement of churches demonstrating God’s love by meeting significant human need while sharing Christ.

Must we engage social concerns?

Should biblical Christians engage social concerns? Is helping the poor or pursuing social justice for the oppressed an integral part of the Christian mission? Or should believers simply focus on an individual’s ext-life destiny and share only a verbal witness? 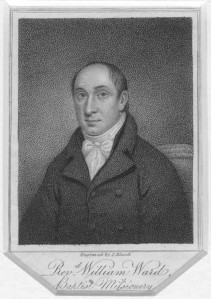 Too many Christians are reluctant to engage justice issues. Some have deep misgivings about the doctrine and methods of some social justice activists. Others are not convinced the mission of the church includes anything more than “mercy ministries.” A few aren’t even willing to go that far.  ;^)

Ryan West, a PhD candidate at Southern Seminary and national LoveLoud coordinator for the North American Mission Board, points out in a new two-part blog post at andrewfullercenter.org that believers must consider the issue not only from the angle of the biblical witness, as Russell Moore and Tim Keller have done well, but that history must be consulted as well.

In his short series, entitled Should Baptists Care About Social Concerns?, West offers up the example of William Ward, a member of the famous Serampore Trio in Bengal, India, and a leading missiologist of his day (1769-1823). During 20-plus years as a missionary in India, Ward had to cope with the horrific atrocities of Bengali society: infanticide, euthanasia of the elderly, beheadings to placate Hindu gods, and widespread prostitution, as West lists them.

West writes: “[Ward’s] approach to undermine such evils was two-fold. He sought to take appropriate action and to ensure that the gospel permeated all of India’s society. These two forms of response were based on a fundamental conviction: lasting social change would occur only when the gospel took root within a culture.”

In sermons  delivered on a three-year preaching tour of America and Britain, Ward sought to mobilize Christian women “to respond to the message with benevolence and action,” West writes.

“By raising awareness concerning the abuse of women in India, Ward believed he would ‘ultimately secure an amelioration’ of their suffering. Allowing Indian women to continue as prisoners and slaves would be unimaginable in Ward’s mind once he preached this sermon. … After offering a gruesome account of families killing women by burying their mothers alive, he urged the women of Britain and America to unite and make the case of Indian women their common cause.”

“In his earlier years, Ward proved to be a radical activist that nearly escaped imprisonment twice. Political upheaval modeled on the French Revolution was his ideal during the 1790’s,” West writes. “His conversion and subsequent development over several decades of ministry in India brought about a much different approach to such concerns by the time he preached these sermons. For the seasoned Ward, lasting social change would only occur if the gospel permeated a society.”

By the end of his career, Ward had become a “gospel activist”: “Biblical Christians could not be concerned with their neighbors’ eternal condition without caring for their immediate needs,” West writes. “Biblical Christians had no choice but to pursue biblical justice through the means of social action coupled with anchoring a society in biblical beliefs.”

Contemporary Baptists, West concludes, also “must address the physical, social, and mental needs evident in the surrounding culture … rescuing women from sex trafficking, loving—and possibly adopting—children abandoned to foster care or absentee parents, and speak out against the horrors of abortion and systemic oppression.  To ignore these matters is irresponsible and unloving.  Such responses would prove equally irresponsible and unloving, however, if Baptists do not seek to establish gospel wisdom in these conversations.  Lasting social change will only come through individuals who experience the grace and peace of Jesus Christ.”