Archive for the tag “religious liberty”

Stand for freedom — both at home and abroad

Have conservative evangelicals in the United States become so shortsighted — or steeped in the culture of victimhood — that they can only protest the noose tightening on their own religious liberty but cannot be bothered to stand alongside Christians in other lands whose very lives are at stake?

Mark Tooley, writing at juicyecumenism.com, agrees with a recent Jonathan Merritt column that too many U.S. Christians are crying out about their own “persecution” while ignoring the truly horrifying oppression of Christians in other places around the world:

“… Even in our increasingly problematic culture, difficulties in the U.S. don’t compare to church burnings in Iraq, Pakistan, or northern Nigeria. Hundreds of millions of Christians globally live with the daily threat of persecution, mostly by Islamist regimes and movements or by communist governments. Their plight should motivate our unending prayers and advocacy, amid gratitude for our own relative safety in America.”

At the same time, however, “domestic religious liberty concerns such as the Obamacare mandate compelling religious groups to subsidize abortion pills, or the stigmatization of supporters of traditional marriage, amid rhetoric that privatizes ‘freedom of worship,’ may not equal North Korea level torment. But they are very real, unprecedented attacks on traditional American legal and cultural protections for full religious liberty. …

“Our American liberties are the notable exception and not the rule in our fallen world. We should jealously guard them, knowing freedom is typically lost incrementally and not suddenly, while also keeping perspective on and solidarity with believers who suffer unimaginably around the world. It’s not an either/or issue but a seamless garment of expectation that all persons everywhere merit full religious liberty. As Americans, we have special providential duties to protect religious freedom here. And as Christians, we are supremely obliged to esteem and urge protection for the whole Body of Christ.”

The Institute on Religion and Democracy and Evangelicals for Social Action’s Prism magazine both engage the issue of religious freedom in worthy ways.

The freedom of Americans to run their businesses according to the dictates of their consciences is being challenged, coast to coast, by President Obama’s Department of Justice and local governing bodies. The common instigators are laws against sexual orientation discrimination and Health & Human Services’ contraceptive and abortifacient mandate.

For years the Ethics and Religious Liberty Commission warned that the addition of “sexual orientation” to non-discrimination regulations would collide head-on with religious freedom. Those conflicts are no longer theoretical in the United States as a growing number of business owners are experiencing the brunt of what it can mean for a Christian to confront the culture.

Much of the faith community’s attention in 2012 was focused on the HHS mandate that coerces religious non-profits to provide their employees with contraceptives and abortifacients as a part of their health insurance. Those issues continue unresolved with multiple cases filtering through the courts.

However, what hasn’t received quite as much attention are a number of ongoing lawsuits involving for-profit businesses owned by people of faith. The following is a brief overview of Americans whose God-given (and 1st Amendment affirmed) rights are being trampled under the hooves of a regressing view of religious freedom.

Bed & breakfast, Hospitality
Event venues have become a frontline for battles between same-sex couples and citizens who hold to a traditional definition of marriage. Last August, a family-owned and operated bed & breakfast in Vermont paid $30,000 to settle a suit filed against it, though no evidence of fault was produced. Wildflower Inn owner Jim O’Reilly explained the decision to settle:

“Our beliefs haven’t changed… Small businesses like ours cannot match the limitless resources of the government and the ACLU. Ongoing litigation like this can cripple any small business…”

Following the legalization of same-sex marriage in Maryland last November, the operator of an Annapolis tour company has discontinued trolley transportation services for all weddings in an effort to avoid conflict altogether, foregoing approximately $50,000 a year in revenue. Also, a Methodist campground meeting association in New Jersey has been sued for declining to rent their privately-owned facilities for a lesbian civil union ceremony. These cases are not a good indication of things to come.

Photography
In 2006, Elaine Huguenin, a photographer in New Mexico, declined to photograph a lesbian “commitment” ceremony, believing her participation in such an event would affirm same-sex marriage which conflicts with her Christian faith. Elaine & her husband were fined almost $7000.00 by the New Mexico Human Rights Commission. (The NMHRC is a group of governor-appointed citizens who “volunteer their services.”) The lower court decisions have not been encouraging thus far, though the New Mexico Supreme Court has agreed to hear the case. As it stands, the NM Court of Appeals essentially made it illegal for photographers to decline photographing events based on conflict with personally held religious beliefs.

Manufacturing
“Hercules v. Obama” is a tongue in cheek but practically accurate reference to Newland v. Sebelius. This is the case of family-owned Hercules Industries, an HVAC manufacturer in Colorado, that is suing Obama’s HHS Department over the mandate. The court decisions so far have been encouraging, but Obama’s Department of Justice continues to appeal. They explicitly argue that Americans lose their freedom of religious expression once they engage in for-profit business activities. Autocam, an automotive parts and medical equipment manufacturer in Michigan, finds itself in a similar predicament.

Retail, Real estate
Garnering a little more media attention in recent days is Oklahoma-based Hobby Lobby, a retail chain with 525 stores in 42 states. The owners refuse to compromise their Christian beliefs in light of the HHS mandate and are, as of January 1, subject to a possible $1.5 million dollar fine, per day. U.S. Supreme Court Justice Sonia Sotomayor ruled against Hobby Lobby’s plea for an emergency injunction over the holidays. Meanwhile, an opposite ruling at a federal district court granted Domino’s Pizza founder Tom Monaghan essentially the same injunction Hobby Lobby had requested on behalf of his Michigan property management company.

Publishing
Obama’s Justice Department has argued in court that Tyndale House, the Illinois-based Bible publisher, is not “religious enough” to avoid the HHS mandate. We aren’t making this stuff up. Thankfully, a federal district Court of Appeals granted Tyndale a preliminary injunction against the HHS mandate, relieving–for now–a mandate for the Bible publisher to provide abortifacients among its employee health care plans.

The above is merely a scratch at the surface. To date, there have been 43 federal cases filed in response to the HHS mandate alone. That’s a pace of about 3.5 new cases each month since Sebelius first issued the rule. In the absence of a reversal from the Obama administration on this issue, 2013 is shaping up to be a chaotic year in the judicial system.

It appears Christians in America, across all sorts of professions, will see more and more opportunities to wrestle with what it means for them, in their own communities and businesses, to confront a fallen culture as they seek to be faithful to Scripture.

——
Matthew Hawkins is a staffer in the Washington, D.C., office of the Ethics and Religious Liberty Commission. Reblogged from here

Why the Hobby Lobby hubbub matters

Many of the comments we have been hearing about the HHS abortion mandate and Christian conscientious objection come from people who completely ignore the Constitution and the First Amendment as they form their opinion. That ought to deeply concern any person of any faith who can identify even one faith conviction they would be unwilling to compromise on order of the government. 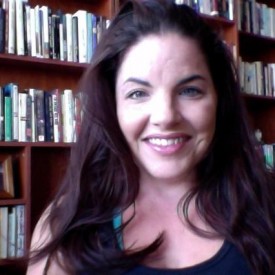 Can the government require Christians to observe business practice that compromises their faith practice?

“This is the way the world ends,” wrote American-English poet T.S. Eliot, “not with a bang, but a whimper.” Buried somewhere in the top news stories of the day—“U.S. Marine Pens Response to Gun Control Bill,” “Cat Arrested at Brazil Prison,” “Father of India Gang Rape Victim Reveals His Daughter’s Name,” “Candlelight Vigil Planned in Boulder for Slain Bull Elk”—you might have read about Hobby Lobby.

No? That’s not surprising, since many of the major networks have remained largely silent on the issue. Yet, this “whimper” of a story might be one of the most significant legislative decisions in our time. Lest you think I overstate my claim, let’s take a look at Hobby Lobby’s case and what’s actually at stake.

What’s at stake in this case is whether or not the government can force private business owners to act against their religious convictions.

As of today, the Green family, the evangelical Christian owners of Hobby Lobby Creative Centers and Mardel Christian Bookstores, potentially owes the federal government $21.3 million in fines for defying the HHS mandate ….

If a privately owned company is paying for health care, should the federal government have a say in what is covered? There are three reasons why Christians and non-Christians alike should be concerned about the ruling in the Hobby Lobby case.

First, the religious exemption proposed in the HHS mandate is so narrow that the vast majority of faith-based organizations—including Catholic hospitals, charities, colleges, universities and nonprofit organizations—fail to meet the criteria. …

Second, some critics claim, “No employers in the private sector have the legal right to force their employees to obey their employer’s religious beliefs.” The Greens do not oppose their employees using emergency contraception, they just oppose paying for it. …

Third, … ultimately, it doesn’t matter whether or not one agrees with the Green’s convictions or not. You don’t have to be Christian to understand that this ruling is potentially a watershed moment in our nation’s history. If we, as a free republic, don’t stand now for the freedoms afforded us in our Constitution, who will be next?

Read the full text of this excellent article by clicking here.

Dr. Halee Gray Scott is an author, scholar, and researcher who blogs at hgscott.com.