Archive for the tag “persecution”

Q Ideas: ‘The Insanity of God’ book and movie

“The Insanity of God” book and movie offer a much-needed glimpse into a reality of following Jesus.

Read the story at qideas.org.

Learn more about the book and the movie.

Listen to the God’s Revolution interview with Nik Ripken. 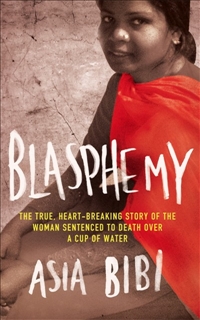 Chelsen Vicari writes for the Institute on Religion and Democracy:

Malala Yousafzai survived the Taliban’s attack on her life. She rallies for a girl’s right to education. She is the youngest Nobel peace prize nominee and the winner of the European Union’s prestigious Freedom of Thought award. She is adored by media as she promotes her new autobiography. She is invited for special visits national leaders to discuss terrorism. At the tender age of 16, she is an international hero.

The world is cheering on Malala as she stands up for her beliefs, and rightly so. Malala’s bravery and passion for girls’ education is an inspiration to an entire generation. But all the international accolades, media attention, and political gushing over the heroic teenage activists begs the question: If Malala was a Christian standing up for girls’ right to believe in Jesus, would she still receive the same worldwide praise? Sadly, the answer is no.

Asia Bibi is an advocate from Pakistan too. But you probably have never heard her name. She is sitting in a Pakistani prison on death row. Her crime is her Christian faith. After being drug through the streets of her village, pelted with stones and beaten by Muslim extremists she was asked to either renounce Jesus Christ and convert to Islam for face death. Asia stood up for her right to place her faith in Jesus. Where are her prizes from the international community or her story featured on the on the nightly news? …

It is time the international community, national leaders, and the mainstream media acknowledge the suffering of Christians in the Middle East, North Africa, Southeast Asia, and dare I say, the United States. Too many Believers are being kidnapped, tortured, raped, murdered or ostracized for simply standing up for their faith in Jesus Christ. But most of all, it is time the church stand up for those persecuted in the name of Christ.

Religious liberties – Christian liberties – are their own unique culture battle. One in which Christians cannot afford to stay silent. …

Read the full text of this excellent article by clicking here. 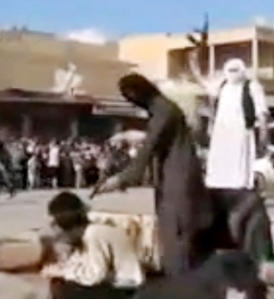 The “rebels” being supported by the US in Syria are purging the land of Christians, in many cases torturing and murdering to accomplish the goal. Gene Veith wrote July 3 at Cranach:

Islamists among the Syrian rebels–whom the United States is supporting–are engaged in “religious cleansing” against that country’s 2 million Christians. Many are being murdered, dying for their faith.

From Nina Shea, The Shadow War Against Syria’s Christians:

On June 23, Catholic Syrian priest Fr. François Murad was murdered in Idlib by rebel militias. How he was killed is not yet known and his superiors “vigorously deny” that he was a victim of beheading, as some news sources are claiming. It is apparent, however, that he was a victim of the shadow war against Christians that is being fought by jihadists alongside the larger Syrian conflict. This is a religious cleansing that has been all but ignored by our policymakers, as they strengthen support for the rebellion. [The story goes on to give grim details about Fr. Murad’s murder.] …

As in Iraq, Syria’s two-million-strong Christian community, the largest next to Egypt’s Copts in the entire region, is being devastated. Targeted by jihadist militias, they are steadily fleeing Syria, and whether they will be able to return to their ancient homeland is doubtful. …

Some other examples of Syrian Christians, from various faith traditions, who have been kidnapped and killed or never seen again include:.

— 27-year-old Father Michael Kayal of the Armenian Catholic Church in Aleppo was abducted in February while riding a bus after Islamists spotted his clerical garb. He has not been seen since.

— Greek Orthodox priest Maher Mahfouz was kidnapped around the same time and has not reappeared.

— Syrian Orthodox parish priest Father Fadi Haddad was kidnapped last December after he left his church in the town of Qatana to negotiate the release of one of his kidnapped parishioners. A week later, Fr. Haddad’s mutilated corpse was found by the roadside, with his eyes gouged out.

— Yohannes A. (whose last name has been redacted by Fides protect his family) was summarily executed. An Islamist gunman stopped the bus to Aleppo and checked the background of each passenger. When the gunman noticed Yohannes’ last name was Armenian, they singled him out for a search. After finding a cross around his neck, one of the terrorists shot point blank at the cross, tearing open the man’s chest.

— A woman from Hassake recounted in December to Swedish journalist Nuri Kino how her husband and son were shot in the head by Islamists. “Our only crime is being Christians,” she answers, when asked if there had been a dispute.

— 18-year-old Gabriel fled with his family from Hassake after his father was shot for having a crucifix hanging from his car’s rear-view mirror. The son told Kino: “After the funeral, the threats against our family and other Christians increased. The terrorists called us and said that it was time to disappear; we had that choice, or we would be killed.”

Christians and others also have been targeted by the courts of the “Caliphate of Iraq and the Levant,” the name the al-Nusra Brigade and other Islamist rebels use in reference to the Syrian territory under their control. . . .

These extremists have wasted no time in establishing sharia courts. In the towns of al-Bab and Idlib and other villages under the control of Islamist groups, sharia has been enforced for the past year. These courts, according to a Washington Post report, pass sentences “daily and indiscriminately” against Christians and anyone else who fails to conform to Wahhabi Islam. All women are required to cover up with the abaya, a black, full-length gown. It was in Aleppo that al-Nusra executed a 14-year-old Muslim boy last month for insulting the prophet; they shot him in the mouth and the neck.

… and in Egypt, Christians fearful after five Copts killed