Archive for the tag “gay marriage”

Stand for freedom — both at home and abroad

Have conservative evangelicals in the United States become so shortsighted — or steeped in the culture of victimhood — that they can only protest the noose tightening on their own religious liberty but cannot be bothered to stand alongside Christians in other lands whose very lives are at stake?

Mark Tooley, writing at juicyecumenism.com, agrees with a recent Jonathan Merritt column that too many U.S. Christians are crying out about their own “persecution” while ignoring the truly horrifying oppression of Christians in other places around the world:

“… Even in our increasingly problematic culture, difficulties in the U.S. don’t compare to church burnings in Iraq, Pakistan, or northern Nigeria. Hundreds of millions of Christians globally live with the daily threat of persecution, mostly by Islamist regimes and movements or by communist governments. Their plight should motivate our unending prayers and advocacy, amid gratitude for our own relative safety in America.”

At the same time, however, “domestic religious liberty concerns such as the Obamacare mandate compelling religious groups to subsidize abortion pills, or the stigmatization of supporters of traditional marriage, amid rhetoric that privatizes ‘freedom of worship,’ may not equal North Korea level torment. But they are very real, unprecedented attacks on traditional American legal and cultural protections for full religious liberty. …

“Our American liberties are the notable exception and not the rule in our fallen world. We should jealously guard them, knowing freedom is typically lost incrementally and not suddenly, while also keeping perspective on and solidarity with believers who suffer unimaginably around the world. It’s not an either/or issue but a seamless garment of expectation that all persons everywhere merit full religious liberty. As Americans, we have special providential duties to protect religious freedom here. And as Christians, we are supremely obliged to esteem and urge protection for the whole Body of Christ.”

The Institute on Religion and Democracy and Evangelicals for Social Action’s Prism magazine both engage the issue of religious freedom in worthy ways.

Getting beyond the ‘culture wars’ 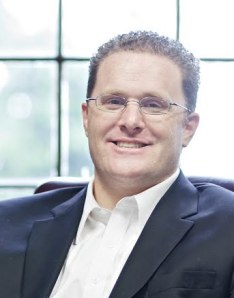 Evangelicals are going to have to deal with culture war flashpoints like gay marriage. The only way to avoid it would be to retreat from culture altogether. But that really isn’t an option for those who take the Great Commission seriously. We must be in the world, not of the world for the sake of the world (John 17). That will inevitably lead to some conflict, and no amount of polite conversation (which I’m all for) will deliver us from the censure of those who despise God and His ways (Phil. 1:29). Didn’t Jesus himself say that His disciples would be “persecuted for the the sake of righteousness” (Matt. 5:20), and did He not pronounce a blessing on the same?

We shouldn’t agitate for confrontation. Christians should never be pugnacious. Having said that, we must never back down from the norms of scripture–even when those norms cause division (Matt. 10:34).