Archive for the tag “Dan Merica” 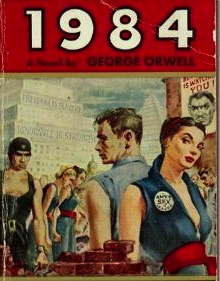 Dan Merica and Kevin Bohn report for CNN, in a post RealClearReligion styled as “White House Caves on Mandate” that the Obama administration has finalized rules on the HHS abortifacient mandate that “appropriately balance” religious liberty and contraception coverage. Yet the article goes on to point out that those rules “have undergone only minor changes” and you have to read 13 paragraphs before you find out  the very serious conscience issues faced by Christians in for-profit business like Hobby Lobby have not been resolved. Five administration voices — named and unnamed — are quoted glowingly that justice has been done, contrasted with only one opposing voice speaking directly to the finalized rules.

In stark contrast, Sarah Pulliam Bailey’s article for RNS got straight to the real news in an article headlined “White House denies contraception exemption to private businesses.” The article lead plainly says what the CNN presser did its best to ignore: “The Obama administration on Friday (June 28) issued final rules for religious groups for its controversial contraception mandate, maintaining its position on who qualifies for religious exemption and allowing no carve-outs for private business owners.”

I’m supposing someone at RCR rewrites the headlines. CNN’s said “Finalized rules let religious groups opt out of contraception mandate.” But that’s only marginally more accurate than the RCR head, and the CNN piece goes to great lengths to bury the still-serious concerns about religious liberty and completely ignores recent developments like Hobby Lobby’ssuccessful appeal against the mandate.

Only in 1984 would news media portray an administration’s determined opposition to religious freedom as listening to the people’s voice and allowing conscientious objection.