Archive for the category “Justice system”

American lawyer Jim Gash didn’t know it, but he was headed for a “divine collision” with Henry, a teenager unjustly held in a Ugandan prison. Gash not only helped get that young man out of jail but he also helped change Uganda’s entire legal system to keep injustices like that from happening in the future.

When Anthony Colon’s brother, Wilfredo, was murdered, young Anthony’s life was filled with hate. “I hated everybody. I hated everything. It made me to be a person, like a monster,” Colon told CNN’s Rose Arce. Over time, however, the anger began to fade. Colon married and had two children. He “welcomed religion into his life” and began to feel a deep desire to be reconciled with his brother’s killer.

Then one day, Arce reports, Colon was visiting a friend at the Eastern Correctional Facility in Ulster County, New York. He looked across the room and saw Michael Rowe, one of the men who had murdered his brother. Colon walked straight up to Rowe and said: “Brother, I’ve been praying for you. I forgave you. I’ve been praying I would see you again.”

In prison, Rowe was befriended by Julio Medina of Exodus Transitional Community, which helps inmates prepare to re-enter the free world, Arce reports. Rowe began pursuing an education behind bars, and Colon began visiting him regularly. The day Rowe graduated, Colon came to the ceremony. He also spoke on Rowe’s behalf at his parole hearing. When Rowe was paroled in mid-April after 20 years in prison, he started working side by side with Colon at Exodus.

The CNN Belief Blog article isn’t particularly well written, but the video is a very moving testimony to the power of Christ to lift us above our brokenness and use us to create justice in the most unlikely places.

And justice for all: Enforcing human rights for the poor 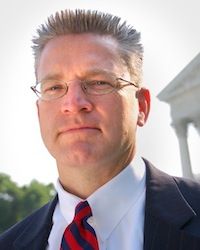 — Hilda reports the rape of her 12-year-old daughter to the local police in a slum in a Latin American metropolis. The officers don’t have a car to arrest the suspect and instead instruct the diminutive woman to find the accused — a physically imposing security guard — and bring him on foot to the station herself.

— Halfway around the world, Sriram is held as a forced laborer in a South Asian brick kiln; he would report the abuse, but his owner is a leading local politician.

— In Africa, when Veronica tells a judge that her brother threatened to kill here while he was illegally seizing her home, he suggests she learn to “get along” with her family.

Efforts by the modern human rights movement over the last 60 years have contributed to the criminalization of violent human rights abuses, including those against Hilda, Sriram, and Veronica, in nearly every country.

The problem for the poor, however, is that those laws are rarely enforced.

Without functioning public justice systems to deliver the protections of the law to the poor, the legal reforms of the modern human rights movement rarely improve the lives of those who need them most. In fact, in much of the world, the poor find that virtually every component of the public justice system — police, defense lawyers, prosecutors, and courts — works against, not with, them.

The average poor person in the developing world has probably never met a police officer who is not, at best, corrupt or, at worst, gratuitously brutal. When a poor person comes into contact with the public justice system beyond the police, it is frequently because he or she has been charged with a crime. With incomes for the global poor hovering around $1-$2 a day, the average poor person cannot hope to pay legal fees — and will likely never even meet a lawyer.

Even when cases are reported and referred for trial, there are frequently too few public prosecutors to handle the volume. This creates an enormous backlog, allowing cases to languish indefinitely. Some experts, for example, have estimated that at the current rate, it would take 350 years for the courts in Mumbai, India, to hear all the cases on their books. According to the UN Development Program, someone who is detained while awaiting trial in India often serves more than the maximum length of his or her prospective sentence before a trial date is set.

The modern human rights movement began in the years following World War II, when a number of scholars and diplomats began an effort to articulate and codify international standards on fundamental rights in documents such as the Universal Declaration of Human Rights. In the following decades, these standards were embedded into national law by individual governments throughout the developing world.

The tragic irony, however, is that the enforcement of these political, civil, economic, and human rights was left to utterly dysfunctional national law enforcement institutions, which were developed during the colonial era to serve the elites and appropriated — with little change — by authoritarian governments at the departure of colonial powers. As a result, these systems have rarely effectively protected the poor — they were never designed to.

… The modern human rights movement must enter into a new era, shifting its focus from legal reform to law enforcement. On the local level, approaches must focus on directly cultivating the political will and capacity of the police, prosecutors, and judges who are supposed to enforce the law on behalf of the poor. At the state level, aid must focus on developing both the political will and the capacity of government elites to enforce existing laws.

… We can no longer stand by as billions in this world are daily ravaged by lawlessness. Without functioning public justice systems we will never make human rights meaningful and international development sustainable.

Read the full text of this excellent article by clicking here.
Are you familiar with Gary Haugen’s book, Good News About Injustice: A Witness of Courage in a Hurting World

?
Learn how you can make a difference through IJM by clicking here.