Archive for the category “Government”

The war on generosity 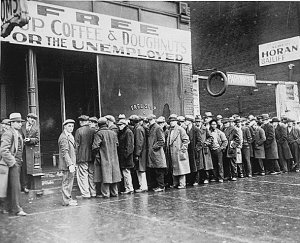 Mass dependence of the poor on the state is more than an awful consequence of well-intentioned charity. It’s also, for some, a strategy for gaining control over an entire society. Churches and religious charities that ignore one or both of those facts are complicit in the big-government crusade in the United States promoted by leaders of both political parties.

Government officials are pushing churches out of the feeding ministry, on the premise of protecting the homeless. Government programs, however, cannot create justice for any person in need. Justice is only found in and through the Kingdom of God, which is why helping “the least of these” has been on the church’s agenda from the very beginning.

A government bent on total control must conduct a war on generosity, as Luke Moon writes at juicyecumenism.com:

For more than 20 years, Glenn Richter has been collecting food from restaurants and synagogues to donate to the homeless and local soup kitchens.  Not anymore.  Last year, Nanny-in-Chief Michael Bloomberg banned restaurants from donating leftover food to shelters and soup kitchens.  The excuse given by Bloomberg was that the health of the homeless was important and therefore they city must monitor the salt, fat, and fiber intake for the homeless.

If this was an isolated incident or limited to New York City it might not be that significant. … No, this attack on generosity is a pattern across the nation.

Last month, MyNorthwest.com wrote about how The Bread of Life Mission in Seattle was told to stop feeding the homeless in city parks. … Last year, the city of Philadelphia’s mayor outright banned the feeding of the homeless in public spaces. …

Rarely, does the IRD commend Shane Claiborne and his organization, The Simple Way, but in this instance they acted according to the teachings of scripture.  In his open letter to the mayor of Philadelphia, Shane wrote, “And it was St. Augustine who said, ‘An unjust law is no law at all.’ This [ban on feeding the homeless] is an unjust law and we are obligated not to comply.”

Lest you think this is simply a liberal big-city issue, the state of Louisiana Department of Health and Hospitals demanded Shreveport-Bossier Rescue Mission throw away nearly a ton of donated venison.  The deer meat was donated by Hunters for the Hungry, a charity which donates wild game to shelters.  Even though the Louisiana’s own Deer Management Program itself publicly states it donates deer meat to charities, the local farmer’s generosity is banned.

Since the 2009 economic crisis there have been thousands of rules and regulations passed by governments in an attempt to “stamp out corruption and greed.” Last year, parks all over the nation were occupied by angry youth and washed out hippies decrying the supposed greed and corruption of the 1%. Many were calling for wealth redistribution and prison for the guilty rich.  Both of these strategies to overcome greed misunderstand that the true source of greed lies in the human heart.  Greed is not limited to the rich Wall Street banker.  Greed is alive and well on Main Street and my street.

Read the rest of this provocative article by clicking here.

Make a difference through LoveLoud or Urban Onramps.

As gov’t fiscal crisis deepens, churches can step into the void

A new survey in England shows churches are playing a crucial role in helping people in need as that country’s fiscal crisis grows. Those congregations are setting an example for churches in America and elsewhere that when government spending outstrips its income, suffering increases — and churches must step into the void to minister God’s love. Congregations have a strategic opportunity to bring new life — and direction — to their society by simply obeying Jesus’ command to “love your neighbor as yourself.”

To a significant extent, Britain is reliant on churches to reach out to communities and address the social needs of people amidst the financial crisis, a new study has found.

The study, conducted by the Church Urban Fund, shows that 6,500 Church of England parishes offer special services to help schoolchildren, parents, new immigrants and the elderly.

A total of eight out of 10 said parishioners use their spare time to informally help those struggling with issues such as isolation, family breakdown, drug abuse, domestic violence or debt.

Overall, 54 per cent organize at least one activity to meet a need particularly relevant to their community, whether it be poor parenting or low self-esteem, homelessness or mental health problems.

These include specialist debt or stress counseling, community cafés and food, clothes and furniture banks. More than one in 10 said they ran street patrols to offer blankets and food to the homeless or to help drunk people get home.

Paul Hackwood, chair of trustees, said: “All over the country, churches are working to transform their communities, providing food banks, drop-in centers and youth projects.

“The recession has led to unemployment and benefit cuts, which are having a really negative effect on people’s lives.

“It is often left to communities themselves to come together and fill the gap”.

It comes after Justin Welby, the new Archbishop of Canterbury, urged the Church to help in ways that the State had “run out of the capacity to do” as a result of its economic struggles.

He said that this could be the “greatest moment of opportunity since the Second World War” for the Church to fill the void by providing services to communities.

The annual “Church and Community Involvement” survey shows that donations given by churchgoers to social action projects have increased by 19 per cent to £342 million in just two years and churchgoers spend 98 million hours volunteering each year.

“It’s important to recognize that Christianity is for the public good. There are concerted attempts to try and airbrush Christianity out of Britain’s public life,” said Andrea Williams of Christian Concern. “The assumption behind this is that the Christian faith is bad for society. This is demonstrably not the case, as this survey shows. Jesus’ teachings inspire people to serve other people in their communities.

“The Government must ensure that its legislation – whether Charity law or equalities legislation – does not inhibit churches and Christian organizations from carrying out their service whilst maintaining an overtly Christian ethos.”

Read the full text of this article and follow links to related items in London’s Telegraph newspaper, by clicking here.

Learn how to make a LoveLoud difference in your community by clicking here.

The federal Department of Health and Human Services (HHS), under pressure from the District of Columbia Circuit Court of Appeals, has promised to “never enforce” its current rule requiring employers to provide insurance that covers abortion-causing “contraception” drugs. The upshot of the decision, however, is that employers with conscientious objections to the rule will have to wait and see what replacement rule HHS will release this spring.

On Tuesday, Wheaton College and Belmont Abbey College won a legal round against contraceptive mandate—not only for themselves, but also for dozens of fellow religious employers that have filed similar suits.

“We are grateful that the Circuit Court’s ruling—which is substantially a victory for Wheaton College—makes it clear that the original judge was wrong to dismiss our case and that we are suffering real harm as a result of the HHS mandate,” said Wheaton College president Philip Ryken.

The D.C. Circuit Court of Appeals ruled that the HHS must not enforce the mandate for employer-provided contraceptives as currently outlined in the Affordable Care Act. In addition, the government must make good on a previous promise to establish a new rule regarding enforcement of the mandate for religious employers by March 2013.

Kyle Duncan, general counsel of the Becket Fund for Religious Liberty who argued the case, says this is a significant victory for religious plaintiffs (including schools with similar lawsuits, like Biola University, Liberty University, and Tyndale House Publishers).

“At least one of the judges kept coming back to the point: This is about the First Amendment. This is about religious freedom,” he said.

But Carl Esbeck, a church-state law expert at the University of Missouri, says the colleges did not get the relief that they wanted—and that the government won the day overall.

“The result of the three-judge panel’s opinion is that the colleges will continue to have to wait … and there’s no promise that the new rule will take care of Wheaton or Belmont Abbey,” he said. “The only promise is that the existing rule won’t be applied.”