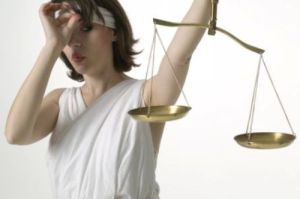 Marty Duren writes at Kingdom in the Midst:

The subject of justice has enjoyed a resurgence of interest in the Christian community of late. … Owing much to the heartbeat of young believers who have proclaimed that being the light of the world means actually being in the world in order to light it, there has been a renewal of interest in stopping injustice wherever it occurs. It is now easier to convince believers who were formerly on the sidelines to stand against sex traffickers, corporate exploitation of third world workers, government undercutting of a national economy (suffered by Haiti, for instance), or to become involved in adoption movements. Injustice now arouses our anger. Even when we do not know exactly how to act we are, at least, moved viscerally to pray. We are concerned, and we often express it online, on the phone or in person.

Despite the advances recently made one area where issues of justice have a hard time building a fan base concerns the injustice of the American “justice” system. … As it now stands in the United States, the most consistent, the most embedded, the most troublesome injustice is our justice system. It has become a perpetual motion machine of search, arrest, cajole, convict, and imprison.

One thought on “Our comfortable injustice”